Brain tumor is a disease that attacks the brains of living things in which brain cells grow abnormally in the area around the brain. Various ways have been done to detect this disease, one of which is through the anatomical approach to medical images. In this study, the authors propose a Convolutional Neural Network (CNN)-Extreme Learning Machine (ELM) hybrid algorithm through Magnetic Resonance Imaging (MRI). ELM was chosen because of its superiority in the training process, which is faster than iterative machine learning algorithms, while CNN was chosen to replace the traditional feature extraction process. The result is CNN-ELM, which has 8 filters in the convolution layer and 6000 nodes in the hidden layer, has the best performance compared to CNN-ELM another model which has different number of filters and number of nodes in the hidden layer. This is evidenced by the average value of precision, recall, and F1-score which is 0.915 while the accuracy of the test is 91.4%. 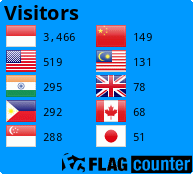